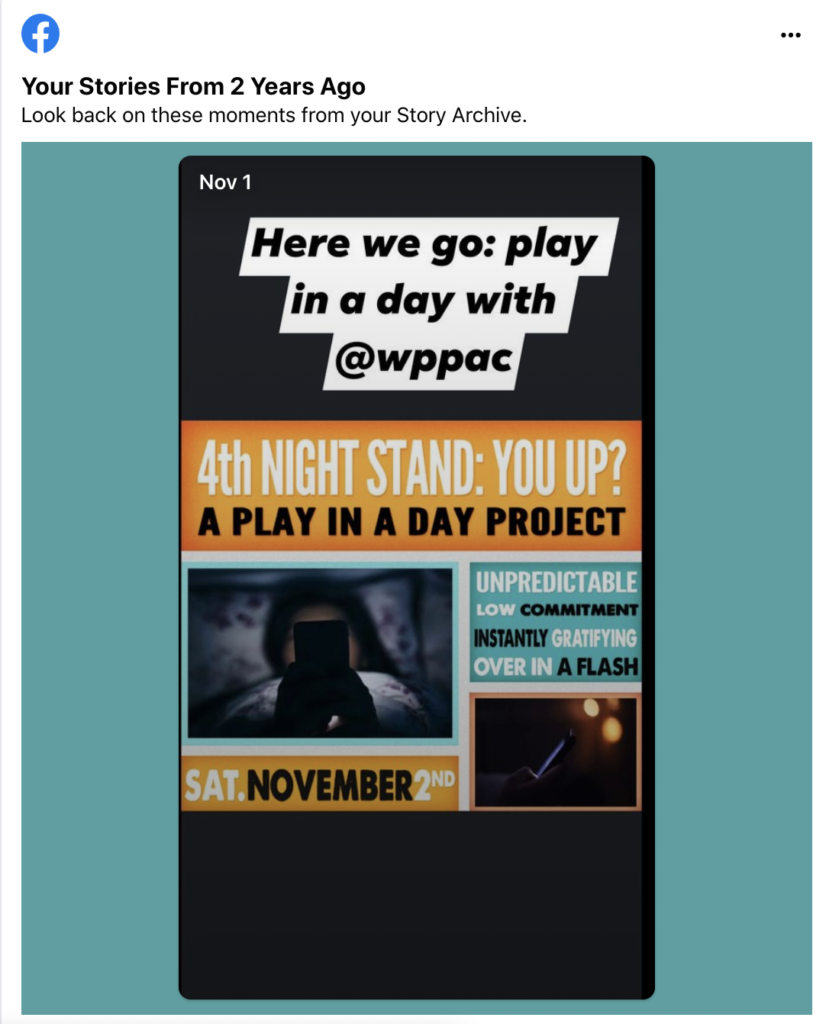 Facebook kinda sucks — meta, whatever, they are these days or soon will be — but they do have a way of tugging at the old heart strings with their blast from-the-past posts. This was particularly meaningful when I saw that only 2 years ago I was “back” to being a part of a show by writing “Morning Ritual” for the A Play in a Day Project way back in November 2019. 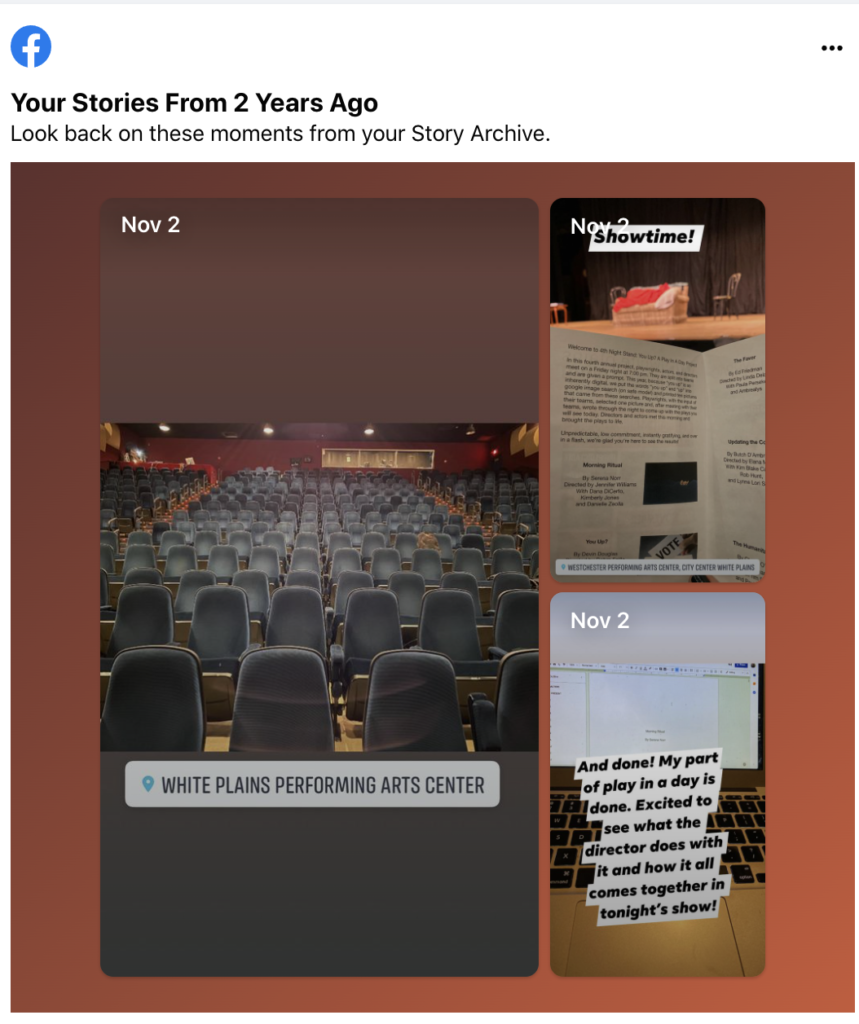 Since then “Morning Ritual” has had 3 productions (!) and will even be performed at University of North Alabama (UNA) for their upcoming  one-act play festival.

That was really shocking to me since I thought it’s been way longer since I came back to playwriting. Since I started kicking my own ass and hyper-focusing on writing plays, producing plays, and even publishing my plays (blah, blah bio), but it was only 2 years ago. That’s it. When my focused shifted, everything changed.

I first heard that playwriting was a thing in college. I always loved telling stories and creating worlds, but the idea of being playwright seemed way to out of reach. I didn’t have a clue — wait, sometimes I still don’t — but back then not having a clue really stopped me from really trying. I would write but I had other things to do: work and partying and then kids. So I pushed it away and did all the other things I had to. In 2010-ish, I revisited writing plays, doing a few shows and then another baby. In 2016/2017, I knew I had to get back to it. I needed it! But how?

In 2018, I signed up for playwriting course at my local community college, connecting to characters and other writers. Finding my way back to the magic. But the real change was with this festival where I was knew I was home; I felt it in my bones. Seeing the characters come to life in less than 24 hours; meeting the actors; working with the director; sitting in the audience.  I knew I had to do what it took to stay there.

This is all to say that playwriting — and writing, in general — comes in waves that ebbs and flows — that’s sometimes rocky and confusing and really hard.  And as you go through the process of unwinding and creating and writing, please give yourself some freakin’ credit for all of the hard work you’re doing — and the work you’ve already done. This stuff is hard and grueling, but damn, it’s worth it. So, keep on, keepin’ on and celebrate. Celebrate your wins, your losses, and your 2-year — and beyond — victories! Celebrate because you’re doing exactly what you’re supposed to be doing — even if it doesn’t seem that clear along the way.